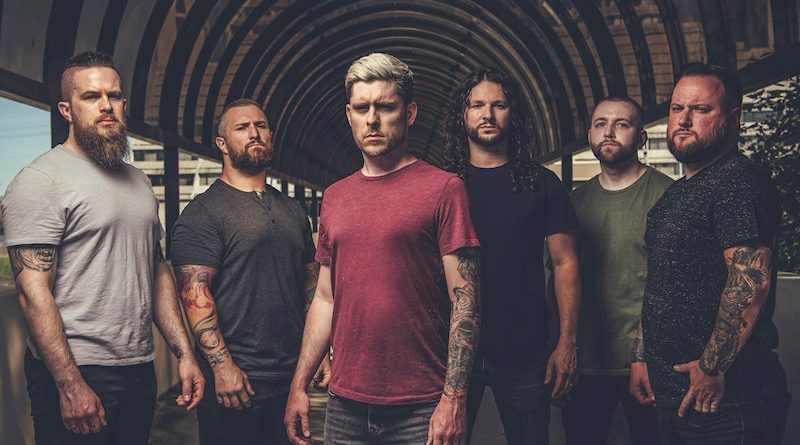 No strangers to diving deep in the trenches of the mind, Kin is an album full of pain, loss, and deep sorrow. The instrumentation reflects this splendidly; the deeply personal lyrical content superbly. “To me, it was like the stars aligning for us to create our almost perfect record in regard to songwriting, vocal performance, the mix and master, and the artwork,” says guitarist Alex Wade. As a screamer, myself, I’m familiar with the range of emotions a scream can give life to, but vocalist Phil Bozeman shows through his singing a vulnerability that a scream simply can not give. Sure, there will be those clamoring about the “old Whitechapel”, but the pain and loss stated earlier (and welded to the foundation of all things metal) are exacerbated by the clean tones rather than brought down. Kin’s predecessor, 2019’s The Valley, explored these new grounds with more than curiosity, they did it with a confident step. “I feel with every album, we learn what worked best on the last one and try to utilize that in our writing. Early in the writing, there was some discussion of the album being like ‘The Valley’ part II, not literally called that, but in how the songs sound and flow through it. It’s very much a storytelling type record like ‘The Valley’ was,” adds Phil. Whitechapel stakes their banner in this territory and claims it for their own.

Any band’s evolution may frighten the creatures of habit that have grown attached to songs and albums they’ve had time to know and love. Whitechapel has proven that their farthest-reaching branches are still very in touch with their roots. Kin showcases the band’s evolution, whilst simultaneously showing they’re still deserving of a deathcore crown. They’ve found a balance. Sure of the ground beneath their feet, whether onstage or in-studio, Whitechapel stands tall. Following the line of balance is the tracklisting. From the roar of a war cry to a vulnerable lament, they keep you on the edge; wondering where they’ll go next, where the lyrical content must have come from, how the musicians were able to cultivate the complex emotions attached to their lyrical counterparts.

Utilizing the pandemic as the chance to focus on writing, the band approached it as a full-time job- writing from 12-7 pm every day before a break. With this dedication came a small amount of trepidation, at least on Alex Wade’s part as he says, “I can’t speak for everyone in the band, but personally, I did feel slightly intimidated at first, wondering if we could summon that kind of magic again, but after hearing some of the demos we were working on, I felt more confident in being able to recreate a similar vibe to ‘The Valley’ on the new one. I feel like our songwriting is done in layers, and as each layer is created and placed into the songs, they begin to take on a life and personality of their own. So, with each layer, you get more confident in the songs and the impact that they are going to have.” Having welcomed drummer Alex Rudinger in 2019, Kin marked his first recording contributions. The music speaks, and it lets you know that Rudinger deserves his spot on the throne. Having had some years to mesh during tour cycles, the band comes together seamlessly. Tracks like Anticure, opening with a long soothing guitar intro that eases the listener into a verse sang softly by Bozeman… one is lured into a seeming hazy fog of the mind. “A dream from which we’ll never wake up.” Bozeman really explores his voice here and shows his confidence as the song progresses. A slower number, with its own amount of heavy, the fog of the mind breaks to snap one back into the heavy reality with the next track, The Ones Who Made Us faster than lubricated lightning. This rapid-fire change of emotions from track to track, and even within the tracks themselves, is prevalent throughout the album and I say marvelous.

Personnel and tracking were kept close to the family and close to home (kith and kin if you will) welcoming back producer Mark Lewis for the fifth record in a row and mainly recording at guitarist Zach Householder’s home studio. Six days a week, 12-8 pm, tracking was a full-time job as well – something the band agrees is the best way to stay productive. David Castillo at Ghostward Studios, Sweden, handled the mixing in February 2021, passing the torch to Ted Jensen in Nashville for the mastering in March. Taking a total of ten months from start to finish, it’s the longest the band has taken on a record and that is a testament to their talent in itself. With the return of live shows happening as we speak, and multiple of their tours having had to be canceled due to the pandemic, Bozeman can’t wait “to be able to perform these massive songs we have created in the manner they were meant to be heard – live and loud.”

With three blistering singles including Lost Boy, a tune about Bozeman and his alternate, evil self, meeting for the first time with Bozeman refusing to be drawn into the darkness of his past, A Bloodsoaked Symphony, telling a story of longing and vengeance against evil itself, and Orphan, a ballad (I know, right?!) truly of utter and absolute loneliness. Music videos have been released for all three, cinematic masterpieces the lot of ‘em. The team that is Whitechapel: Phil Bozeman, Alex Wade, Zach Householder, bassist Gabe Crisp, and Alex Rudinger. The album is Kin, due out in the world on 29 October 2021. Grab a seat or find a pit – either way, prepare yourself for a ride like no other. Playing only their hometown of Knoxville, TN in December, the band embarks on tour for Metal Blade Records 40th anniversary starting in February 2022 alongside Cannibal Corpse, Revocation, and Shadow of Intent.

One thought on “Whitechapel’s KIN: A Showcase of Evolution and Dedication, Passion and Despair”