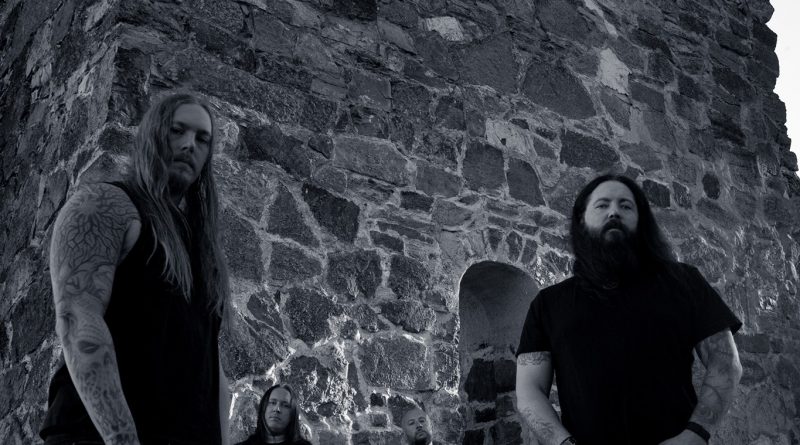 Under normal circumstances I would say “holy shit” but the ground we’re walking here is anything but holy. Aeon has proven yet again, after 9 years, that they belong at the forefront of all things death metal. Boasting an impressive 16 tracks of utter annihilation in all its glory, God Ends Here hits like an asteroid. A burning, flaming, doom riddled planetoid hurting through space, ready to obliterate all in its path. From the opening of The Nihilist, slow, long-ringing high notes give way to a death march, sludging its way to a seeming oblivion. From the second track, Liar’s Den and on, all fictitious Hell breaks loose and the brutality begins. Pulling no punches on lyrical content, God Ends Here sticks resolutely to their guns while also pushing forward in the name of laying utter waste.

Of the wait between albums, the members feel no ill ways about it. “I wasn’t feeling any pressure after such a gap, we don’t do shit half assed and I feel like this is our strongest album yet,” states guitarist Zeb Nilsson. The wait largely came from finding the right fit for the kit, and they found it in former Imperium and Dark Funeral drum master Janne Jaloma. The return of guitarist Daniel Dlimi in 2019, whom departed the group in 2013, was a major inspiration for guitarist Zeb Nilsson to begin writing again. Tony Östman, whom joined Aeon in 2013 for the Aeons Black tour, makes his first recording contribution now with God Ends Here.

God Ends Here also marked the return of producer Ronnie Björnström, having presided over the production of 2013’s Aeons Black. The sheer dominance asserted by that album alone solidified their place in the echelons of Metal, but the team has worked on surpassing their previous work with outstanding force. The introduction of choirs and strings expand the world they’ve created to the skies above, giving songs like Mephistopheles a truly universal feel – the orchestral vibes handled by Dlimi, whilst Nilsson wrote the choir sections for the rest of the album. Italian artist Paolo Girardi was recruited to create the artwork, providing that final, crucial element for an album Aeon will forever stand by and remember as their best work… at least until they decide to write again.