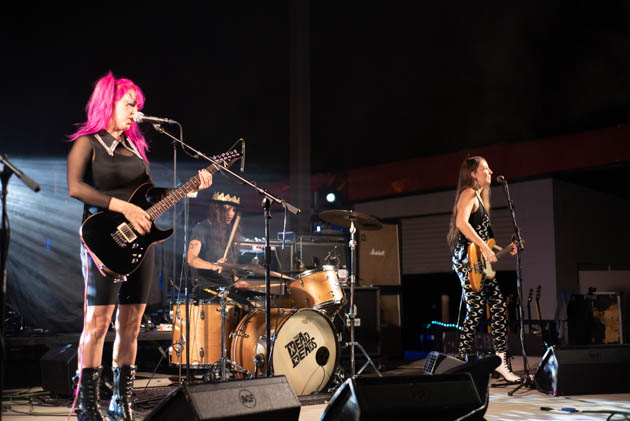 This 3 piece all female band The Dead Deads, out of Nashville Tennessee blew me away out the gate. I was not really sure what to expect because I had never really heard of them or listened to any of their material. WOW is all I can really say with a very animated front woman an aggressively hard hitting drummer and bass player who dances to the grooves, I immediately went to the merch table and bought their newest album “Tell your girls its alright” Not sure of the set list for the night as they did not have one on stage , but every song had people moving . There were definitely some die hard Dead Dead corps fan in the audience as MetaDead thanked them for singing along with the songs they knew. On the way home the wife and I took time to listen to the album Tell your girls its alright , with the incorporation of horns, sax and cello along with guest singers this album really impressed me with the musical talents that were involved in bringing it all together. The next time they are in my area I will be in attendance and so should you , I guarantee a good time with great music.