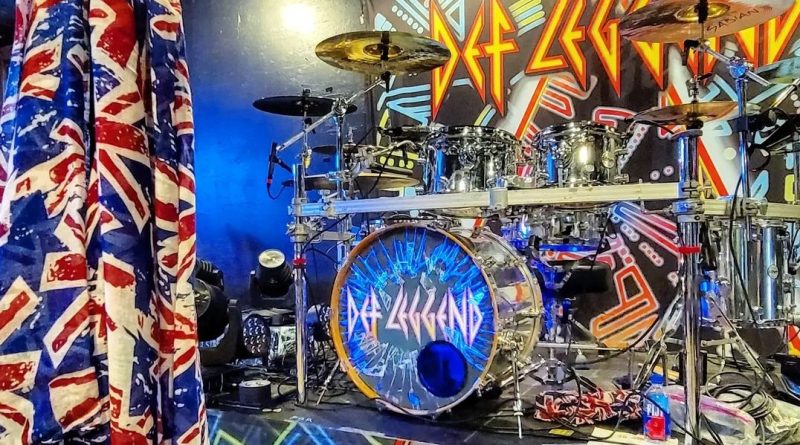 I recently had the opportunity to hang out, share some pizza and tour stories, then watch, ‘Def Leggend – The Worlds Greatest Tribute to Def Leppard’ The pizza was good and stories even better, but they will for sure stay in the green room, and the performance, amazing. I’ll be the first to admit though, the only thing I knew about Def Leppard was one song about sugar and that they had a drummer with one arm. See in the 90s, when I was a closed minded teen, I was all about the heavier the sound and lyrics the better. With the exception of Metallica and few others I didn’t have much for the sound of the 80s, I was all “grung”. Anyway, as I got older the 80s became nostalgia and songs became soundtracks for memories. No matter how cheesy I though a song might have been, suddenly its sealed to my soul because of a memory and feeling. For a lot of us it was the moment Bender walks on to the field and throws that fist in the air and we all hear, “Hey, hey, hey, HEY!” (‘Dont you, forget about me’, during ‘The Breakfast Club’ for those that didnt picture the reference), and thats exactly what seeing Def Leggend did. Going in I knew nothing about Def Leppard, but leaving, after seeing Def Leggend, I had a smile and that feeling that only a great performance of 80s nostalgia can give to someone like me and leaves me asking, when the hell can i see them again? And hopefully at a proper venue.