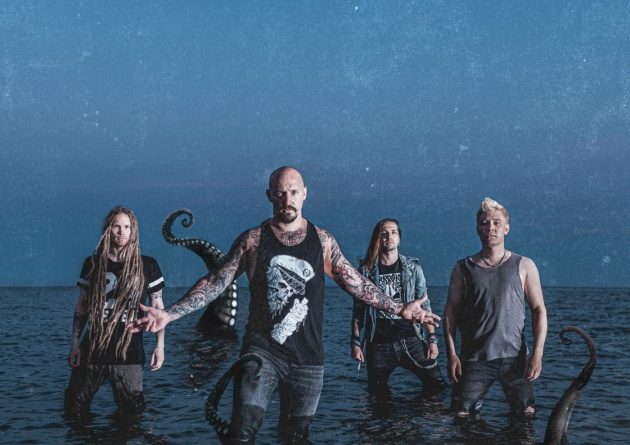 August 20, 2021 will see the release of Dead Reckoning, the highly anticipated debut studio album by Helsinki-based heavy metal outfit OCEANHOARSE. Featuring 13 tracks, loaded with crushing riffs, vocal harmonies and high voltage arrangements, Dead Reckoning shows a band willing to explore things in their very own style, instead of sticking to any kind of average formula.

After the previously- released singles “One With The Gun” and “Reaching Skywards”, today OCEANHOARSE have released a brand new lyric video for the track “The Damage”. If you’re a fan of Machine Head, Megadeth and other riff-oriented metal masters but still got a secret crush for Alice in Chains or Avenged Sevenfold -type melodic choruses, you don’t want to miss this!