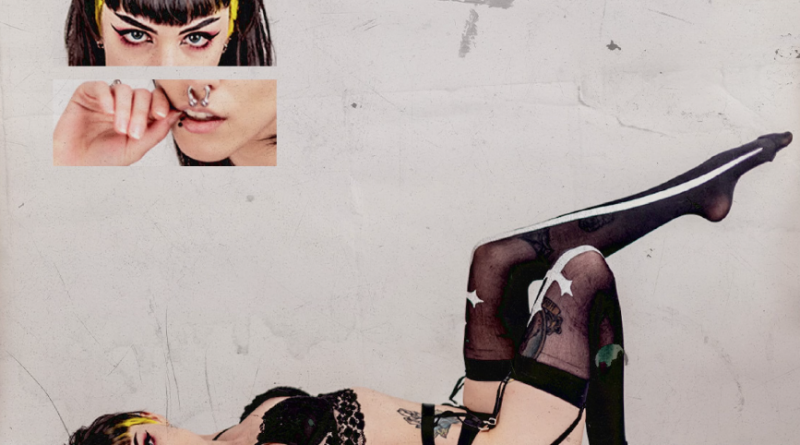 The new song “Goth Girlfriend” also appears on the band’s forthcoming 8-song EP ‘All-American Rage,’ due out later this fall.

The track was inspired by the strict upbringing of vocalist/guitarist Kevin Kawano, who explains: “I grew up in a conservative household where I wasn’t allowed to get tattoos, and talk of sex was forbidden. But deep down inside I always knew my heart craved darkness, so I got me a goth girlfriend.”

Hailing from Torrance, CA, Joker’s Hand have been steadily amassing fans after the success of their last single “War Profiteer” took off on radio giant KROQ’s ‘Locals Only’ show, where the song spent weeks at #1.

A recent appearance at Redondo Beach’s Beachlife Festival further cemented them as a band to keep tabs on, with their incendiary performance all but demanding attendees take notice.

Kawano met bandmate Matthew Lau while attending film school at UC Santa Cruz. After writing dozens of demos and carving a name for themselves on the Los Angeles club circuit, the band met with producers Steve Ornest and Wyn Davis at Total Access Recording Studios (Sublime, No Doubt, Guns N’ Roses). They began working on what would become their debut self-titled EP, which was released in March 2020.

The band’s first single “Anthem,” landed in rotation on several FM radio stations throughout Southern California. Their second single “Gold Rush” charted on KROQ’s Locals Only, reaching #1 and staying in the Top 5 for nine weeks straight. The follow-up “Hijacked” also took the #1 spot on the show.

Best described as alt-rock with a punk edge, Joker’s Hand songs are timeless and often political, with their commercial accessibility reaching across the generations. The band’s explosive live shows coupled with their excellent vocal ability and musicianship has catapulted them above the noise floor of the Los Angeles rock music scene.