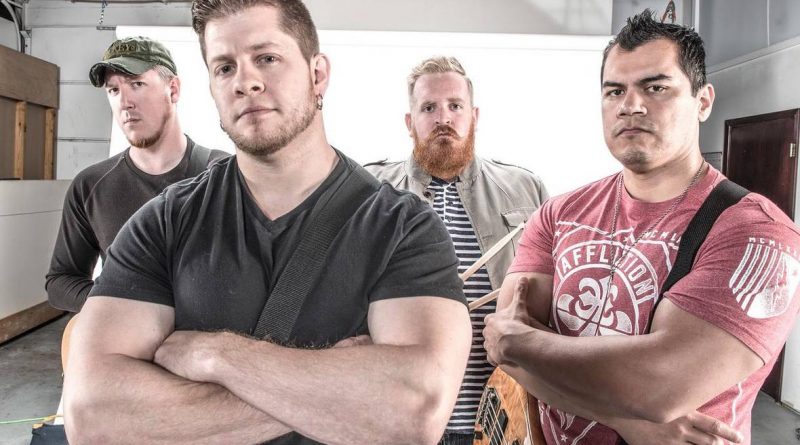 The song pairs elements of rock, metal, and prog while also incorporating aspects of electronic music to create a unique sound.

“We wanted to push ourselves out of our comfort zone on this one and let the song really drive us where it wanted to go. While not always the case, we decided that approach this with the mindset that nothing was off of the table in terms of tones, sound choices, arrangement, and instrumentation. This song was for sure one of the more progressive tunes that we have written to this point but still contains some of the chorus driven writing that we tend to gravitate towards.”

Conceptually the song describes humanity’s increasing reliance on digital platforms for information (something that can be both greatly beneficial and harmful) as well as the unfortunate frequent occurrence of taking everything face value and sharing it as truth without properly sourcing it. Such things cause one to exist in a self-created bubble built on confirmation bias.

The track again features David Hitchcock who collaborated with Hindsight on keys, synths, and other electronic elements for this track as well as their previous releases “Rhythm of Fate” and “Who Would You Have Been” that were released earlier this year. The band also once again worked with producer Dean Dichoso who has produced a number of Hindsight tracks in the past (In addition to recent releases from band such as Candlebox) to bring this track to life.

The fifth single release to be included on Hindsight’s upcoming EP release titled Catalyst and more can be found on all online streaming platforms…..