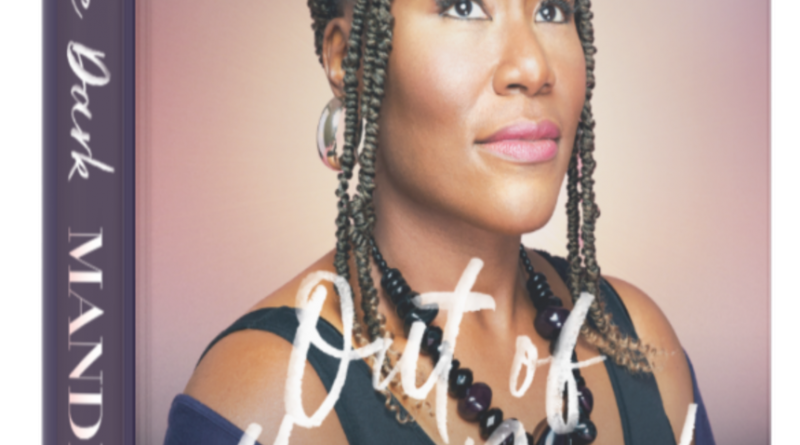 GRAMMY®, Dove and two-time K-LOVE Fan Award winner Mandisa is set to release Out of the Dark: My Journey Through The Shadows To Find God’s Joy March 15, 2022. The personal memoir marks Mandisa’s inaugural title in partnership with K-LOVE Books. She’ll discuss the project for the first time on television on “Good Morning America” March 16 when she sits down with Robin Roberts for an exclusive interview. The book is now available for pre-order HERE, and those who purchase directly through K-LOVE Books will receive an additional bonus chapter.  A media review copy is available here.

Borrowing the title of her fifth studio album, which features hits “Unfinished” and “Bleed The Same,” Out of the Dark dives deep into the singer’s battle with depression and anxiety. After losing a close friend to cancer—a friend for whom she wrote her award-winning song, “Overcomer”—Mandisa descended into a dark pit of depression, isolating herself from family and friends, and turning to her familiar friend, food, for comfort.

Clinging to the hope of Psalm 40 in her overwhelming darkness, she slowly began to recognize cracks of light where God was at work. “I really believe that this book is just another part of how God is using this chapter in my life of bringing me out of the dark. My favorite part of this passage of Scripture is in verse 3: ‘Many will see what He has done and be amazed. They will put their trust in the Lord,’” she explains, referencing Psalm 40. “That’s what I see this book being about—me telling how God lifted me out of the pit, and letting people know He did it for me; He can do it for you.”

With the same warmth and vulnerability she exudes in her songs, in Out of the Dark, Mandisa opens up about her mental health struggles, walking through grief, and the role shame has played in her narrative. The fresh title followsher first book, Idoleyes: My New Perspective on Faith, Fat & Fame, written shortly after her time on “American Idol” and focusing on her battle with weight, food addiction and body image.

Out of the Dark picks up where Idoleyes left off, telling the rest of the story. Across 256 pages, Mandisa invites readers on the journey she’s taken from the time she first fell in love with Jesus, to her rise as an acclaimed recording artist and beyond, as well as the disappointing and challenging moments she’s experienced along the way. Through it all, Mandisa candidly shares the consistent healing she’s found through God’s faithful comfort and presence. With her new book, she hopes her redemption story can provide a piece of redemptive healing in someone else’s story.

Now an advocate for mental health because of what she’s personally experienced, Mandisa also explores the often taboo topic and how to navigate it from a Christian perspective with licensed therapist Laura Williams on AccessMore’s “Out of the Dark” podcast. Listen to the first two seasons HERE.

Learn more, and pre-order Out of the Dark: My Journey Through The Shadows To Find God’s Joy HERE.

What People Are Saying About Out of the Dark:
“As Mandisa shares her low points from her journey in the dark, it becomes evident that she trusts the Lord to be her light. We want Him to be your light, too. And I believe Mandisa, through her bravery and transparency, will serve as a guide, showing many the way out of the dark.”
—Natalie Grant, GRAMMY®-nominated recording artist and Dove Award winner

“Since the first day I met Mandisa, she has been nothing but original and courageous. My touring family is better when she is out with us. She genuinely supports each artist that takes the stage, as well as every crew member behind the stage. In a single word, I would say without hesitation that she is one of the most authentic people I have ever met. Her heart is to help others, and in this book, she vulnerably shares her own real life experiences and struggles in an attempt to provide insight and love others well.”
—TobyMac, GRAMMY® Award-winning artist

With more than 1.6 million records sold, GRAMMY® winner and American Idol Season 5 finalist Mandisa is a voice of encouragement and truth to people facing life’s challenges all around the world. In less than a year, Mandisa performed her three RIAA Certified Gold hit singles “Overcomer,” “Good Morning (feat. TobyMac)” and “Stronger” on ABC’s Good Morning America (GMA). “Stronger” became an anthem, creating opportunities such as welcoming the emotional return of beloved morning host Robin Roberts and an invitation to perform the national anthem during a Sunday night NFL Network game to kick off Breast Cancer Awareness Month. Her 2013 GRAMMY® award-winning album Overcomer debuted at No. 1 on the Billboard Christian Albums Chart. The album’s title track proved to be a smash at radio and earned the GRAMMY® for Best Contemporary Christian Music Song. Mandisa, also a 2-time K-LOVE Fan Awards co-host, debuted her latest chart-topping album Out Of The Dark alongside sharing the moving story of her fight with depression for the very first time on GMA as well. The latest 15 track collection includes notables such as the top 5 hits “Unfinished” and “Bleed The Same (feat. TobyMac, Kirk Franklin).”

K-LOVE Books is an imprint of EMF Publishing. Educational Media Foundation (EMF) is the parent organization of K-LOVE and Air1 radio and AccessMore podcasting.