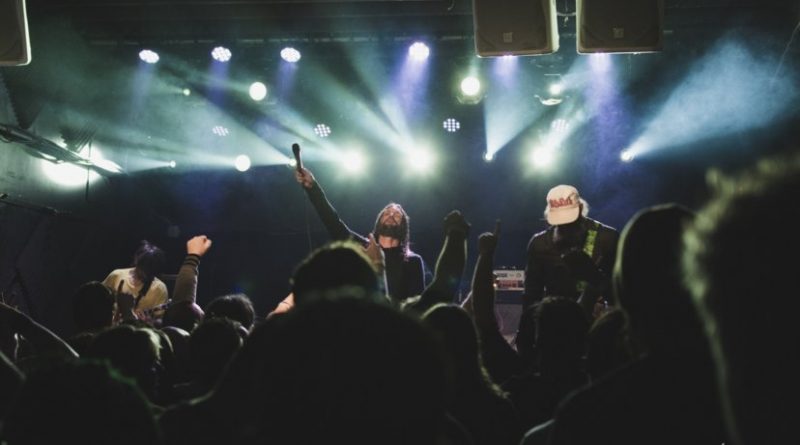 Crowd surfing, moshing and mischief afoot! All wonderful things that 1904 music hall in Jacksonville Florida came alive with on Black Friday as Every Time I Die took the the stage. Flanked by supporting acts; 2-piece ensemble “68” and Jacksonville locals “Evergreen Terrace”. Every Time I Die brought a hard hitting, northeast flavored brand of hardcore/punk that tore the SOLD OUT crowd apart at the seams.

Not a second of this show wasn’t filled with movement; rather it was crowd surfers, stage diving, moshing or dancing. ETID kept the crowd on their toes the whole show, laying down a number of hits from across their discography. Undeniably the secret behind the exceptional live show ETID puts on though, has to be their stage presence! They have a way of taking a club GA area and making it feel like the GA area at a major festival.

Every Time I Die comes to us out of Buffalo NY, as one of America’s most successful underground bands. Touring for over 2 decades and hitting the road with acts including Killswitch Engage, Ozzfest, Atreyu, and more. Gaining acclaim for their electric live shows and a unique sound the encompasses several styles including hardcore, punk and even southern rock.

Currently Every Time I Die is touring their newest release “Radical” produced by Will Putney (A Day To Remember, Body Count). Which dropped October 22nd, 2021. Featuring a lineup of of fast growing favorites like “Dark Distance”, “Post Boredom” and “Thing With Feathers.

Every Time I Die will be hitting a number of U.S. dates (including 2 shows in their home city Buffalo NY) to close out 2021 before heading to Europe for several shows. In February-March 2022 Every Time I Die joins the legends in Underoath and rising stars Spiritbox for a North American run. Don’t miss out!