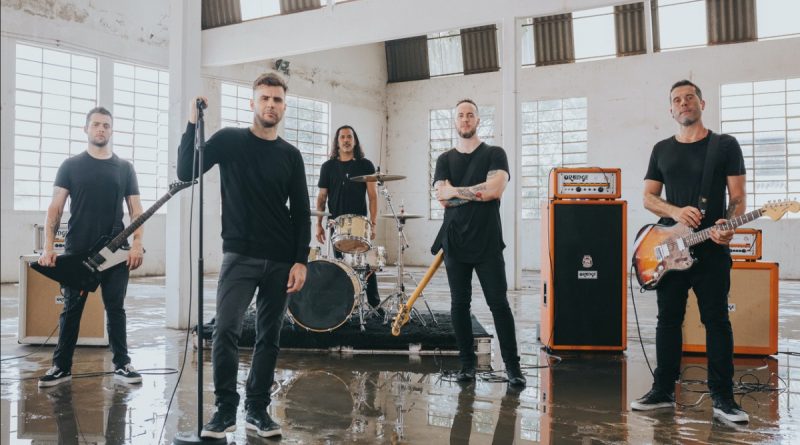 The Brazilian band followed the album release with Ego Kill Talent: Acoustic, a series of three acoustic EPs. The final EP is out now and available here. It features “Silence,” “Last Ride,” Sins & Saints,” and “Sublimated.”

As for why EKT chose to strip down their songs for these EPs? The answer is as simple as the title of the series: “Playing these songs acoustically is like a way to immerse ourselves in the softness of our music,” says Dörr.

Ego Kill Talent are absolutely thrilled to be making their live performance debut in the U.S. this fall. The band has booked appearances at both the Aftershock and Welcome to Rockville festivals and will support Chevelle this November. All EKT tour dates are below.

ABOUT EGO KILL TALENT:
The story goes that Ego Kill Talent were poised for a huge 2020. They were confirmed for a spring tour of South America with Metallica and Greta Van Fleet. The band was also set to perform at the majority of the Danny Wimmer Presents Festivals in the U.S., to tour with System of a Down in Europe, and to perform at many key European festivals. All told, EKT had booked 35 shows and 21 key festivals across three continents. Since they are known for switching instruments amongst members while playing, Ego Kill Talent were eager to show off their live prowess to audiences worldwide. However, due to the COVID-19 pandemic and the subsequent global shutdown, Ego Kill Talent, like so many others, were forced to get creative — revamping and revising tour and album release plans. Ego Kill Talent elected to split their full-length The Dance Between Extremes,which was originally due out in May 2020,into three EPs. The full album is out now. It was awarded a 5K! rating at Kerrang!

Ego Kill Talent are booked worldwide by William Morris Endeavor and are managed by C3.

PRAISE FOR EGO KILL TALENT:
“Ego Kill Talent. Did you see them? They rocked!” — Perry Farrell/Jane’s Addiction + founder of Lollapalooza

“Love the melodic arena rocking energy. We’ve enjoyed touring with them and are excited about their new release.” — Serj Tankian/System Of A Down

“They’re a great band. We toured with them and I had a blast watching them every night.” — Ruud Jolie/Within Temptation

“A magnificent second album from a breathtaking band.” — Metal Hammer