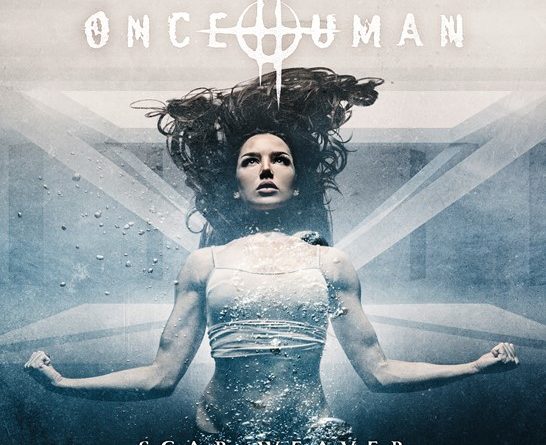 If this album doesn’t take the world by storm, I believe Once Human would take it by force. The magnitude and scope are otherworldly. The guitars (Logan Mader, see: Machine Head, Soulfly and Max Karon) will have a seasoned veteran asking themself how much they really know about distortion. The drum patterns (Dillon Trollope) would visually stand toe to toe with an MC Escher masterpiece. True to the irresistible and irrefutable groove, the fat bass (Damien Rainaud – also engineering extraordinaire) is the circulatory system of a monster built in equal parts humanity and animosity. Cap that with vocalist Lauren Hart at the top of her game (which already started high into the clouds with 2015’s The Life I Remember) and you now have the central nervous system, spreading to fingers, claws, and toes of stated monster. Ipso facto, Scar Weaver (available to the world in its full entire brutality February 11, 2022) is the third consecutive exponential jump into a place between worlds for LA’s own Once Human… a place where gods should look over their shoulders as they walk.

Now that that’s over, down to brass tacks. Album number three for Once Human is a devastating feat of power and skill. Technically on board with the djent crowd, but there is a groove behind it all that is simply relentless. Blistering right from the beginning, Eidolon sets the tone for the rest with the poise and focus of a lion eyeing down its prize. To start, a tasty lick of a lead paves the way into a force-fed “flood of reality”; the first minute and half of this song showcases all of the evolution between albums. With bass lines ringing loud and clear coupled with both beautiful and terrifying guitarmonies incessantly adding fuel, Hart completes the puzzle with a polished low range, the beautiful clean voice she’s known for, and a dirty raspy clean sung forth to the eternal void itself with confidence. Inspiration for the vocal evolution, as stated by her, comes from touring with power metal juggernauts Kamelot. “My screams got lower and the cleans became stronger. I’ve become much more comfortable with clean singing through touring with Kamelot, because they really pushed me to do that. I’ve learned a lot about my voice since then. But a lot of this starts with Max’s melodies, and sometimes I felt like it would be cheating to just growl over these amazing pieces of music, and it’d be so much better to do something that complements it. So sometimes the growls have melody too!”

The first single from the album, Deadlock, features an old friend in Robb Flynn of Machine Head teaming up and taking things in a decisively more political direction. Accompanied by a video that starts off with a dazzling cityscape, news headlines depicting “a stalled economy,” and big-tech companies slashing outlooks leading to market crashes, the tone is set to reflect the state of the union from the underbelly of a greedy beast, always hungry for more. “They got us in a deadlock/ You’re stuck to this greed and now you’re part of the flood/ We’re in a deadlock/ Got you trapped in a cage/ Your head over the block”, Flynn flies through this chorus in typical brutal fashion. Throughout the video, the scenes cut to what we assume are the “liars and politicians” scrambling to take back control of a hacked media, showing Once Human slamming and jamming out this tune you can’t help but bang your head to.

If there is any part of releasing an album to show the world where you’ve been and how far you’ve come, track listing is one of the more underrated aspects. Figuring out how to make it flow, how to make it glow, is almost as important as the content one wishes to portray. Following the catchy slammer of Deadlock is the mighty title track, Scar Weaver. Crushing and groovy and a bit doomy, an ambient yet discordant lead over the top of it… Go ahead and consider your attention caught from the moment you read the title. It’s visceral. It’s nasty. Hearing Lauren scream “I see no will beyond my own”, the listener has no choice but to accept the bold truth of the statement. If a song has to sun up an entire album, this one does so with flying colors. This writer is no stranger to a good breakdown but the skill and attitude involved in making the outro to this track will not only open the pit (be it not already open wide) but draw darkness incarnate from the depths below.

True to their nature, they bust the next track, Bottom Feeder, open in your face from the get-go but it rides seamlessly into one of the more groovy combos of music and Lauren’s polished clean vocals, making for the catchiest chorus on the album, in this writer’s humble opinion. Showcasing the clean vocals, their second single, Only In Death, rises to the occasion and delivers beautiful and haunting melodies. On this song, Lauren said, “This is my most personal song on the new album. It meant so much to me, that I really needed to get my hands dirty with the visuals. Logan and I filmed everything to keep the song’s raw meaning. Musically, it’s very emotional and dire, and the outro is probably my favorite piece of music on the album!” They combine two important methods of modern track release on this one by making the full music video a lyric video as well, whereas most bands simply choose to market one or the other. Bravo, kudos, hurrah, and huzzah, there’s just something about reading along to the song that makes it hit home.

In absolute fact, Once Human has honed their craft to a razor edge capable of balancing a single file line of dust motes. The riffs will take your breath away and the hooks will draw leviathans from their deep sanctuaries. With the success of their subsequently released singles Cold Arrival and Erasure, the wide world of metal is on the edge of its seat eagerly awaiting the 11th of February. Quoting Max Karon and Lauren Hart on Cold Arrival and Erasure respectively, “In the beginning of the pandemic, we as a band lost someone very near and dear to us. Being around Jared was our mutual tether to healthy habits and personal empowerment. He was personable, fun, and a constant source of wisdom. To us, he felt like a permanent, immutable fixture in our lives. He left us suddenly and without warning. These last eighteen months have been a solemn reminder that the lives we lead and the people we know are not immortal. The acknowledgment of that harsh reality is “Cold Arrival”, (aptly so, my good sir); “Erasure is a song about blood diamonds. It’s about the clear-cut, horrific message that a rock is worth more than a life to their producers. Although today there are human rights laws and regulations that have eased the violent unearthing of these stones, it is still happening in certain parts of the world. My heart broke as I dove into the meaning of why it’s called a “blood diamond”, and I felt compelled to tell its story,” she says. With 2015’s The Life I Remember being attitude and spite, 2017’s Evolution being a conceptual prog whirlwind spitting in the face of conventional style, Scar Weaver is a far greater jump up the evolution*ary ladder. With four years of life, loss, no small amount of ambition, and their now rounded-out lineup fueling this fire, Scar Weaver is guaranteed to turn heads and have them banging. If the heads don’t bang, count on Queen Hart to have them roll.

One thought on “Count Your Scars and Thank the Dark – Once Human’s Third Album, Scar Weaver, is Shaking the Earth”