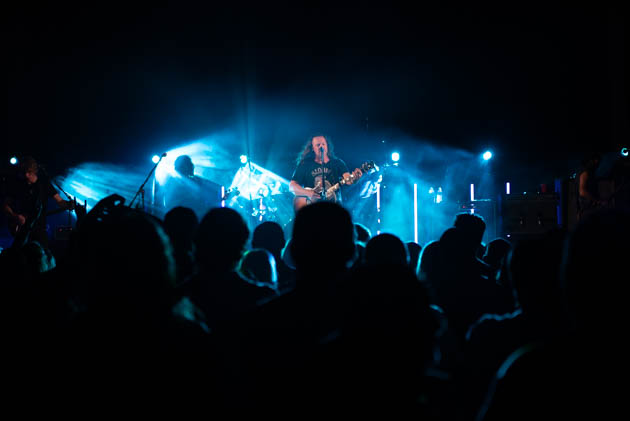 Hard rock/ grunge artists Candlebox emerged onto the music scene from what’s known as the grunge capital of the world Seattle Washington in 1990.

The band gained almost immediate success with the release of their self entitled album Candlebox with the songs You and Far behind, which reached top 20 on the billboard charts and the album itself went quadruple platinum.

After many years and member changes Candlebox released it’s seventh studio album Wolves on September 17,2021 thru Pavement Records, and a tour to promote the album followed shortly after.

The eleven song album Wolves to me is a musical journey where Kevin takes you to old school Candlebox and the influence sounds of U2. Videos for My weakness and let me down easy got many hits on YouTube when premiered.

After getting to sneak peak the album before release I knew I had to catch this tour as Candlebox ,being one of my favorite bands was one I never got to see live in the 90’s. So I bought two tickets for the show at the Plant in Dothan Alabama and put in to cover it.

The ride was about 2 hours before we arrived at the venue located in downtown Dothan Alabama, a nice outside venue that was at one time a store house for Coca Cola hence the name The plant. I got in fairly early to get a layout of the inside and grabbed a spot on the guardrail near the stage.By 7 pm the venue was at about 1/3 capacity many visiting the merchandise table to buy shirts and other apparel.

After a 45 minute set by The Dead Deads out of Nashville Tennessee Kevin and the band took to the stage with a loud welcome by the crowd. After getting a sneak peak at the setlist I knew we were in for a night of new material and long time favorites of years ago. All down hill from here was the first song followed by arrow , both of which got a loud applause. Kevin talked about how great it was to be back on the road before going into simple lessons ,change then blossom. Kevin then noticed a young girl maybe 9 years old a few rows back. He asked her if it was her first show and if she was enjoying her self which she replied yes sir , the crowd chuckled as Kevin joking around said “bad parenting right there.” The rest of the set included sometimes , cover me , vexatious , and bitches brewin . With the band taking time to retune Kevin thanked the fans for sticking with him thru his 20 year journey in the music business. The night closed out with we ,riptide, and you with the last song being far behind , with a sea of hands in the air and everyone singing along it was a great way to close out what I would consider on of the best shows I’ve seen in awhile.