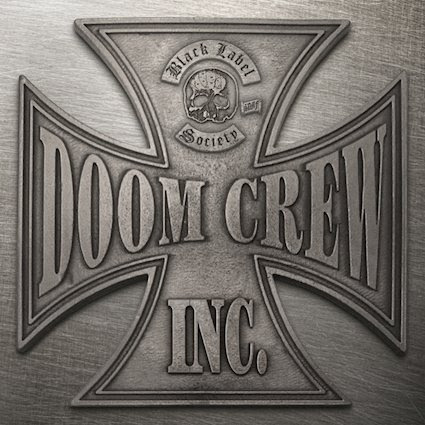 Great googly-moogly, Grand Pontificateur Wylde the Riffmaster Supreme and Accompanying Acolytes o’ Doom Crew are back with Doom Crew Inc, set to arrive in the hands of the masses on November 26th and we couldn’t be more thrilled. A tribute both to their “first to bleed, last to leave” road crew and the fans and family from the beginning in 1998, Doom Crew comes with great success from the honestly hilarious music video for Set You Free. More on the video later. The album is the culmination of 23 years of Black Label Society leading the way and setting the pace for all things hard, heavy, and metal. Ever since the 80s, Zakk Wylde has led the pack of electric guitar enthusiasts. Longtime ax-man for the one and only Ozzy, Wylde set off on his own with a point to prove: that he is quite simply the man. Staying true to the roots of the riff. Cultivating a band that can give the tank all the ammo it needs, we got drums that roll like a freight train from Jeff Fabb, rhythm guitar that crunches like bones under the feet of giants from Dario Lorina, and bass that glides like butter and thumps like the ceiling of the guy that rents the basement of the House of Blues from John DeServio. Quite simply put, you can’t love rock n roll and not get down to some Black Label.

The music video for the first single, Set You Free, has racked 2 million views on YouTube since its debut 3 months ago, and for damn good reason. Sporting some groovy 50s era dancing complete with 50s era gore from a 21st-century perspective, it’s worth every minute (the band’s ear-to-ear smiles definitely help). It’s the opening track to an album meant to show first-timers and long-timers what Black Label Society stands for, believes in, and is. Pulling no punches and getting straight to the meat of the dish is a track titled Destroy_Conquer at number 2 and the listener knows from there, the Doom Crew is still here to obliterate all in its path. The double-wall of guitars from Wylde and Lorina is more emphasized than ever, as this album marks a full circle between the two; trading solos, rhythm, and lead throughout, Black Label believes in the double nature more than ever. As stated before, we’re dealing with a riff-driven band and, as Wylde states, “less is always more, except with solos”. The trains keeps-a-rollin’ the whole way through and, believe me, heads will bang.

Their second single, End of Days, is a true testament to the lyricism of the band, with a groove of music that marches steadily and uncompromisingly to its end. Keeping with his signature sense of humor in all things, this somber track is accompanied by another video intended to have the listener smiling throughout as they see Wylde in a full bear costume on the roadside to start it off. Not the heaviest track on the album, what it lacks in full hair windmilling it makes up for in spades with its message and delivery: to believe in yourself lest you forget yourself and bring your own demise. “Wander in your desert, you’ll find your end of days”. Take it from Zakk Wylde, everybody! Stay true to yourself, keep your faith and love alive, and all will be well.

This is truly a record for the enthusiast and the amateur. No matter where you stand, if you’ve been jamming Black Label Society for 20 years or just the past 20 minutes, Doom Crew Inc will appeal to the rock n roll we sold our souls for so long ago.