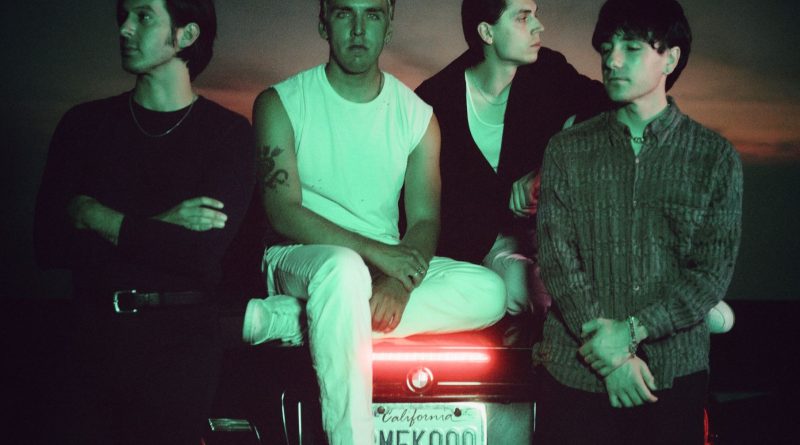 BAD SUNS
APOCALYPSE WHENEVER
OUT NOW

Apocalypse Whenever, the fourth studio album from Los Angeles-based band Bad Suns is out now.

Produced by long-time collaborator, Eric Palmquist (half•alive, Mutemath, Thrice), Apocalypse Wheneverfeatures dreamy, pulsing ’80s synthesizers, flanked by Stratocasters through cranked Vox amps; and palpable, rhythmic energy. While all of the elements associated with the band’s signature sound are beautifully showcased, their fourth studio album sees Bad Suns take a more conceptual approach to their songwriting, resulting in their most sophisticated work to date.

The 13-track album was conceived as “the soundtrack to a movie that doesn’t yet exist,” setting the scene as the album’s protagonist washes up on the shores of a fictionalized LA after a near-death experience at the hands of the turbulent ocean. In order to fully conceptualize their story, the band did what any good director would do; assembling a mood board, filtering their neo-noir version of Los Angeles through the dreamlike haziness of author Haruki Murakami, the futuristic flair of Terminator 2: Judgment Day and Blade Runner, and the lifted cinematography of Spike Jonze’s HER.

Last week, the band shared the video for their latest single “Life Was Easier When I Only Cared About Me,” a catchy modern rock single that examines how healthy relationships cannot survive without trials and tribulations. Check it outhere. Today, the band release a late night 80s cable TV inspired infomercial featuring radio personality & host of the Tuna on Toast podcast, Stryker. You can call toll free now.

In celebration of the new album, Bad Suns will kick off their headlining tour tonight in Albuquerque, NM. Tickets are on sale now. In addition to general admission, the band will have an exclusive VIP package available that includes early entry, a soundcheck experience featuring songs not on that night’s set list, a Q&A, early access to merch plus a photo with the band. For more information, visit https://badsuns.com/tour.