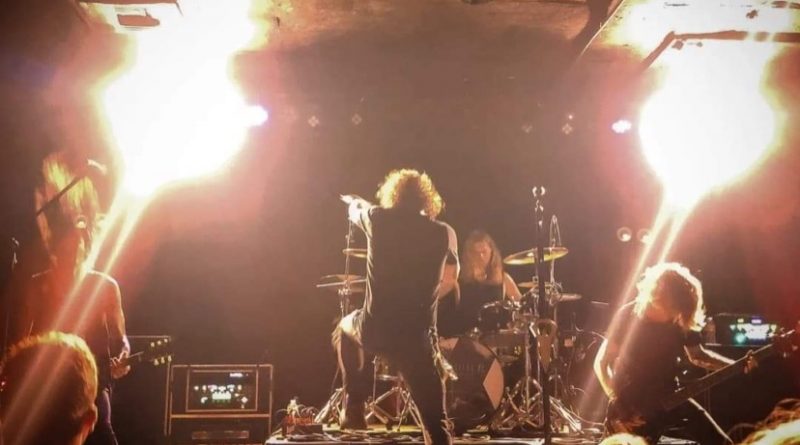 So day of the show I pull up ‘Artifas: Reflections’, the newest album from Artifas. Coming out of Jackson, TN Artifas originally formed in 2011 with a rebuild in 2013 the band did extensive touring and eventually parted ways with their record label. Fast foward to now, with a new album, and drummer, that they felt finally met their expectations. The album gets sent to Forrest Savell to mix and master, who you may know from a small band named Karnivool. With vocals reminiscent of Chester Bennington and rousing, big melodies to slower song breaks, away from the constant horns up and head banging the album is a journey from beginning the end. It’s so nice to hear song structure, peppered with the occasional solo and hint of djent paired with vocal harmonies and melodic chorus. And even better, the whole album is as dynamic as the songs themselves. Starting with an intro track, which I personally love when bands do this, the album covers everything from a beautiful piano solo, to face melting guitar solos and killer screams with smooth harmonies. Then the day got better. Not only did I get a chance to chat with them, I got to see them live, and wow, these guys blew the doors off. Start to finish the energy and tunes never die. This is a great group of dudes that deserve to be heard and seen. It was honestly one of the best live, original acts I’ve seen in a while (all love for LBC). In short, get the album, see them live, buy the merch, hit up the social media and spread the word. Artifas is on the rise.