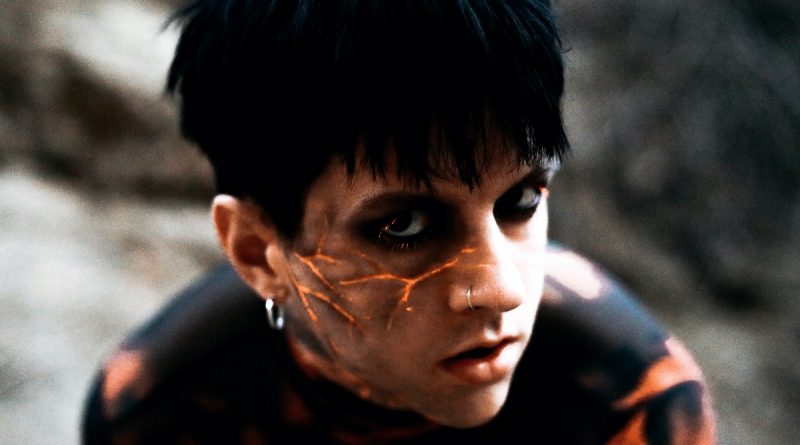 FEARLESS RECORDS recording artist AMERICAN TEETH has announced the debut album We Should Be Having Fun.

The release arrives October 29 via Fearless Records. Pre-order it here.

Today, American Teeth has shared the new track “Kickflip,” an ode to never giving up… of sorts. Listen here.

“‘Kickflip’ gives me energy and also makes me want to cry,” says American Teeth. “That is the energy I had when [producer] Colin [Brittain] and I were making the track. I was in a low, and I was looking for things to do to help me get out of the rut I was in post-breakup. I started skating every night around the park in my neighborhood. I was determined to learn to skate, and everything was shut down due to the pandemic. Everything felt vacant. All of the basketball hoops were stripped of their nets so people wouldn’t play. I felt so much frustration — like we were collectively being told we can’t gather together and can’t have fun. I felt like everyone was feeling this emptiness and decided to write ‘Kickflip’ as a way to project a positive outcome despite being in a rough mental state. ‘We’re still messed up, but we’re all okay.'”

He finishes, “I still haven’t nailed a kickflip, but I’m trying.”

American Teeth will be supporting The Maine in LA at Fonda Theatre on October 14. Get tickets here. [[ADD LINK]]

American Teeth is the sonic alter ego of Elijah Noll, who collaborates alongside producer Colin Brittain (All Time Low, A Day To Remember, ONE OK ROCK, Papa Roach, Sueco) on the songs. Hailing from Portland, Maine but currently based in Los Angeles, he has released a handful of singles across DSPs, which have tallied over two million streams thus far in an impressive feat for such a nascent artist. He was recently named one of Alternative Press‘ 100 Artists You Need to Know.American Teeth is literally a cyborg — he has a mechanical heart valve, which was installed when he was a teenager to replace a faulty valve with which he was born. His music is much the same — fusing organic sounds and shimmering synths.

American Teeth recently dropped the videos for “Tongue” and “SICK,” the later of which features Phem and DE’WAYNE and it’s a bop with a deeper meaning! Watch the video, which is a wild ride including skateboarding, silly string, action figures, and more, here. You can also check out the double single, which features “Fix You” and “E-Girl.” It’s available here. The cinematic video for “Fix You” depicted a modern love story and unfolded like a mini movie. Watch it here.

Want more American Teeth? Check out the video for “One of Those Days.” You can also indulge in the super catchy “Barred Out [Feat. TWIN XL]” or the collaborative track “Still Not Dead,” featuring performances from American Teeth, DREAMERS, and Wes Period.